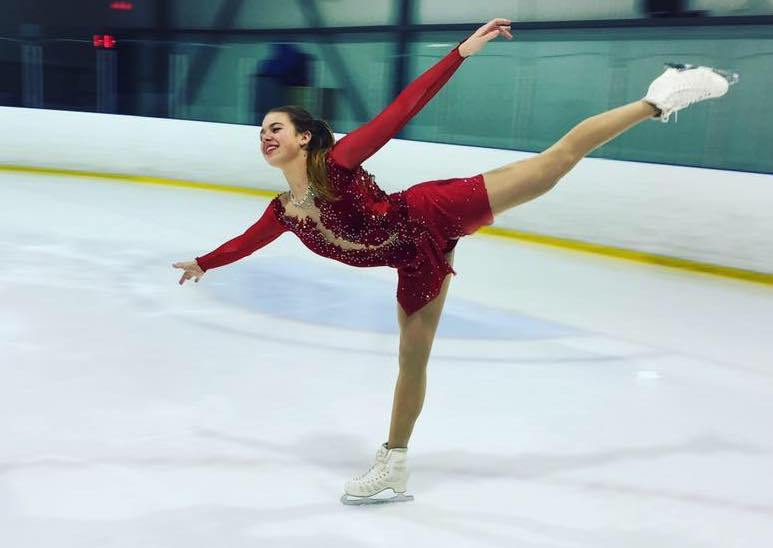 Niké was gliding gracefully over the ice in. Speeding up hour after hour, on her path to a jump, conducting complex figures, flying and dancing to the ultimate victory. It was tough, but still she enjoyed it. Though the ease, with which she performed, seemed to be of a natural simplicity, it was not only talent that brought about the results. To triumph gloriously, she had to train hard, over and over again. Zeus exhorted her after every success not to sit back. A warning that wasn’t necessary at all, because ambition, diligence, strength and audacity, drove the goddess to tremendous efforts. She brought the sacrifices that Zeus desired, with passionate dedication.

In the battle with the Titans she had helped Zeus defeat his opponents, along with her brothers Zeal and Strength and her sister Force. Since then she was the protégé of Zeus and lived on the Olympus.

Zeus was responsible for ensuring that Niké, or Niki, as he preferred to call her, was a personified feature and character trait of Pallas Athena. She was therefore more a concept than just a goddess.
The original meaning of her name was lightning, which connects her again, with the lightning throwing Zeus. In the battle for the Olympic victory, she lives up to that name, when she’s flashing over the ice.

Niké is not only the goddess of victory, but also the goddess of each gain, no matter how small. That her actions are perceived as a message from the gods, is without doubt.
According to tradition, and as can be seen from almost every appearance of the goddess, Niké is a young, beautiful woman, who at times seems to have wings. Virtual wings, that she puts down occasionally, because she wants to stay at the Olympus for ever. Her divine name instils fear in her opponents.

Over endless centuries, Niké fought numerous battles for supremacy in many different appearances. On the ice, we see it in the guise of Niki Wories and her combat for medals. It is therefore good to be aware of the fact, that on every Olympic medal, Niké is depicted, using her wings to portrait the V of Victory. No wonder Niki wants to conquer her own medal.

Niki, goddess on the ice and goddess of victory, follows her own Spartan route in Canada to prevail. Graciously, smoothly and skilfully dancing over the ice, borne by her invisible wings, fighting her own Titans fight, to the delight of the Gods on the Olympus.